IQ test Hong Kong: Here is Everything You Need to Know

IQ test Hong Kong: Here is Everything You Need to Know

Intelligent quotient (IQ) is considered an important predictor of a person’s success in a number of things, including academics and career. Although there are proponents and opponents to the argument that IQ is a predictor of success, the two big questions that a lot of people keep asking are, “How is IQ tested?” and “Is the evaluation beneficial?”

IQ is a measure of a person’s ability to reason and solve problems. It is an indication of how well a person performed a specific test compared to others in the same group. Although the tests used to measure IQ might vary, the average person’s IQ is 100, and about 68% of the people score somewhere between 85 and 115.

If you live in Hong Kong, the average IQ score is 107, which makes it one of the most intelligent cities (Statistic Brain Research Institute). Keep reading to learn how the IQ test Hong Kong can help you improve your IQ. 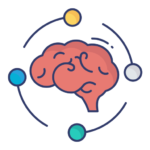 Historically, IQ tests were done in two ways. One, a person’s mental age was divided using his chronological age, and then multiplied by 100. The second method involved comparing scores against other people in the same group. Today, a number of methods are used to test IQ, with the Wechsler Intelligence Scale being the most common.

Wechsler Intelligence Scale: How Does It Work?

The Wechsler Intelligence Scale was published in 1939 by David Wechsler and was made for testing the adult population. However, it was later extended to include scales for young people. The test contains separate scores for performance IQ and verbal IQ. This makes it more effective because it is not simply dependent on the verbal ability of an individual.

It is important to note that Wechsler Intelligence Scales were the first intelligence scales to base scores on standardized normal distribution. Improvements on the scale today focus on specific mathematical scores based on a bell curve, with most people achieving average IQ levels and a smaller number being below and above the standard rate. Approximately 95% of the population globally score between 70 and 130 based on Wechsler Intelligence Scale.

Other methods used to measure IQ include:

To have an IQ test in Hong Kong, all that you need to do is book an appointment with a medical expert. The doctor will then provide different assessments, such as direct interviews and written tests, to gauge your mental ability. 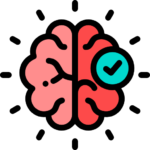 Why You Should Go for an IQ Test Hong Kong?

Today, use of IQ scores has become very common, with education institutions and employers using them for different purposes. As such, it is paramount to know your IQ and use recommended methods for improvement. Here are the main benefits of having an IQ test in Hong Kong:

A Good Way to Establish if You  are a Gifted Individual

If your IQ is above-average, you are a gifted person. This category of people often struggles at work not because they cannot complete tasks but because they do them faster than others and remain idle the rest of the time. They end up suffering from boredom and frustration. If the issue is not addressed, it can easily escalate into behavioural problems.

When your IQ is measured and proven to be above average, it is easy to get more challenging tasks and to race ahead of your peers. For example, your gifted child can be given more complex problems in class than others (all about ADHD treatment). At your workplace, you can help with more demanding tasks, which could mean taking your organization to the next level and even getting a promotion. Why stick to the same point when you can leap several steps ahead of others?

It is important to mention that putting down a definition of innate intelligence and how it operates is challenging. For example, there are some people who can rely on the knowledge they learn over time, but that cannot be used to solely determine their mental processing capability, working memory, or even reasoning capacity.

However, an IQ test Hong Kong can help to assess these components and identify what are the areas of strengths and weaknesses. More importantly, it becomes easy to craft interventions that can be helpful to address your weaknesses.

A Good Way to Gain Insights on How the Brain Works

When you go for an IQ test, it is not just you alone who gets to benefit. Scientists from Hong Kong and all over the world use the data to gain new insights into how the brain operates. With this info, it is possible to formulate things such as better school curricula, change how data is presented, and create new strategies for successful workplaces.

Helps to Identify People who are Likely to Lag Behind

When you are asked to get an IQ test Hong Kong, the primary goal is not to simply establish if you are an above average person. It also targets identifying those with below average IQ scores so that programs for intervention are developed.

At school, students with IQ below average can be taken through additional coaching. At the workplace, employers might pick further staff development programs for employees with below average IQ. The additional help ensures that no one is left behind, and a brand operates more productively. 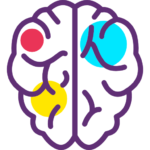 IQ testing is one of the recommended methods of measuring an individual’s intelligence, and you can use it to set the stage for success. If your IQ is above average, you need more challenging activities compared to your peers. If the score is below average, your doctor might also recommend activities that can help to boost it.

To get the right score and recommendations for IQ improvement, you should only have the test done by an expert. Do not just get content with your level of success or lack of it; an IQ test in Hong Kong might provide the catalyst that you need for better performance.